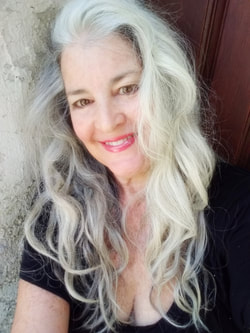 Hailing from beautiful St. Louis, Missouri, Gayle started her singing career with the Al Molos Trio; wowing crowds with weekend performances at weddings and private events. Moving to Los Angeles, she started vocal training with Seth Riggs and associate Roger Love, who suggested that she  "just get out there and work!". So, Gayle quickly won a spot at the Beverly Hills Tony Roma's restaurant alongside pianist David Moscow, branching out to both the Santa Monica and Encino locations. Gayle has performed in many lounges in Las Vegas; the famed Desert Inn, Sands, Dunes, Westward Ho and Bally's Hotels. She has opened for Fred Travalena in Florida and John Gary in Houston. Gayle recorded a compilation of classic timeless standards, including unforgettable songs like 'The More I See You', 'Come Fly with Me', 'Old Black Magic', and the ever-popular Broadway ballad 'All I Ask of You'. from the Phantom of the Opera. She also covers Patsy Cline's 'Sweet Dreams' with ease, and then moves effortlessly to pop ballads such as 'How Do You Keep the Music Playing' and 'What'll I Do'. Entitled 'Charlie Shaffer presents Gayle Beverly', the CD is available for purchase here. With thirty movies to her credit, she has branched out into the film industry working as a background actor in blockbusters like 'Oceans 11' and it's sequel; 'Rocky Balboa', 'What Happens in Vegas' and 'Get Him to the Greek'...just to name a few. As well as several speaking roles in two short films and a Korean television mini-series, Gayle was lucky enough to land a day player role in the independent film entitled 'About Sunny' featuring Lauren Ambrose, and the young and talented Audrey Scott, from the film 'Secretariat'. To hear her well-spoken thoughts on the entertainment business, Gayle's interview as part of a documentary entitled "Welcome to the Machine" can be viewed by
visiting YouTube.
The best is yet to come ........